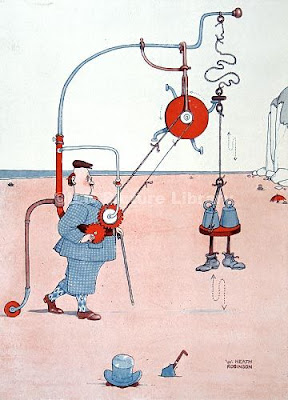 I have often wondered why popular music, especially rock music, which is essentially an American music form, is dominated by British acts.
You could say it's because both countries share a common language. But if that's the case why is it so many British acts have made such a point of showcasing their perceived 'Britishness'
From the Beatles music hall sensitivity, to the Union Jacks of The Who, Oasis and The Spice Girls. From Led Zeppelin in their little cottage in Wales in the thrall of English folk music to Stormzy at Glastonbury in his Union Jack bullet vest, our best acts have traded on Britishness, in fact, and in most cases on their Englishness.

There is an English aesthetic, it's in Monty Python and Carry On films, James Bond has it as does the music of Holst and Vaughn Williams. And the world loves this aesthetic. And this aesthetic can be described. It is not too showy or grand. It's subtle. It is slightly amateurish but at the same time ingenious and creative. It pulls down authority but in a way that is kind and funny (think of the tune 'The Laughing Policeman'). For me it is embodied in the work of the cartoonist and illustrator Heath Robinson (see pic)
https://en.wikipedia.org/wiki/W._Heath_Robinson

His work is ingenious and absurd. Complex and amateurish. It pokes fun at a sort of pomposity of cleverness whilst still being clever. It conjures up the image creatives in their shed inventing incredible things out of household objects whilst smoking a pipe. It's Barnes Wallace and Alan Turing beating the Nazi's with their stubborn will, ingenious ideas and sheer bloody mindedness.

I remember our crew in IQ cracking a joke about how they didn't smash TVs up in hotels, they repaired them. That joke is very 'English' in it's humour. It bursts the bubble of pretension in a subtle, kind way. It pulls down all those 'big rock bands' and at the same time takes the mick out of themselves.

Rock n Roll is an American music form, as is Blues and Jazz (and Gospel, Country and Western etc)
The US own popular music in the 20th Century.
But is was British, middle class, art educated musicians who invented Rock music in the sixties. The English aesthetic is always open to other cultures as it IS an amalgamation of lots of different cultures. London in the sixties was a pressure cooker of delta blues, jazz, classical music etc and all that was put together by British musicians in Italian suits and rock music was born. But it's perhaps simpler to just say rock music is basically the blues played through Jim Marshall's amplifiers by white middle class English gentleman.

Cream are playing the blues, but with a big dollop of jazz improvisation. But songs like 'I Feel Free' and 'White Room' are full of a romantic literacy that could only come from Britain.

But if you are a British Rock musician in the sixties, you can only play so much American Blues before you start questioning the relevance and authenticity of what you are doing. This started to happen in the late sixties. For some musicians like Chas and Dave, mixing Jerry Lee Lewis and George Formby created an entirely different kind of music from Prog, but they are related. (ELP have their Chas and Dave moments too, check out 'Benny the Bouncer')

For some musicians though, the solution was to draw upon their British heritage and make Rock music more classical structured, with English accents singing about more conceptual ideas. The Progessive Rock bands tried to push the Rock music form forward, but within the limits of what they knew, which was their English heritage. Other countries, even the US were never able to do this, not until they had the example of the British progressive rock bands. (There are exceptions but they are the exceptions that prove the rule, and so often their lineage is after the achievements of King Crimson, Yes and Pink Floyd in the late sixties)

But of course as the Progressive rock bands erm...progressed, they became over blown and pompous and the English aesthetic will always burst the bubble of pomposity so, what happened?

Punk is not so far removed from Prog as people think. Johnny Rotten in his 'I Hate Pink Floyd' T Shirt singing 'God Save The Queen' is just dripping with the aesthetic I have been describing. John Lydon's performance style and delivery is not a million miles from Ian Anderson from Jethro Tull and he has admitted the influence of Peter Hamill from Van Der Graf Generator. The Stranglers, The Clash and Siouxie and The Banshees all have their whiff of prog.
It's prog but prog drawn in.
Its Rock music, but Rock music with the Blues removed.
It has that amateurish approach and the 'non love song' subject matter. it's conceptual in nature and uses English literary and visual imagery.

Punk is actually the next logical development of Prog. And the progressive rock musicians who learnt from Punk and pulled the pomposity in (Genesis, Yes, Peter Gabriel, The Police, Kate Bush etc) would take over popular music in the 80s.

Nowadays, prog has split into two factions. The first is any music that sounds like classic seventies prog bands, and the other is music that still keeps these ideas alive.

So by that second measure Stormzy at Glastonbury was prog!

I am basically a prog musician. I can't stick to one style, I like long form composition that is conceptual in nature. Although I love Funk and Jazz and Blues my aesthetic is basically English. Funk is great, but it is better when played by a badger smoking a pipe. (Those who agree with that and are now smiling to themselves get what I'm saying. Those who don't get it never will)

I am thinking about my next project being a prog project. 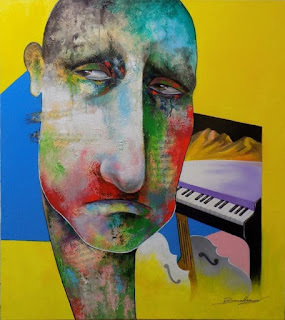 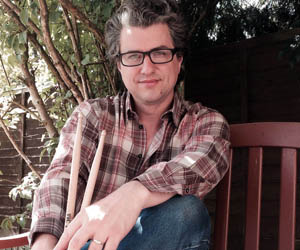